I’ve had the idea of trying to find a human model so I could experiment with light angles and poses, but I didn’t know anyone who would be interested in posing for free. So I happened to find some people hanging out at the NC Museum of Art who were up for an adventure.

In fact, my photography seemed to brighten their mood quite a bit.

I always seem to visit attractions on cloudy days with impending thunderstorms. On this day the museum’s skylights were very dim. The dark room had the effect of turning artificial light sources into strong spotlights, so overall I think the effect was better. I did not use a flash at all.

Next I got to have the fun of editing the photos using Picasa.

I imagined how each figure would want to appear and proceeded from there. The first three edited photos are below, each with the original version.

First, the man with a club wanted to be a strong massive figure against a darkened background. To achieve this, I used Holga-ish, posterize and contrast. I also took out a few unfortunately placed abstract spots in the black area so there would be no odd or distracting visual effects.

The figure’s head was not spotlighted well, so it disappears into the shadows a bit. I think this helps to accentuate the statue’s muscular body. 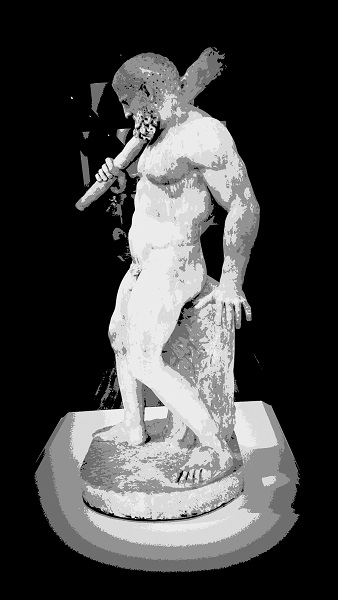 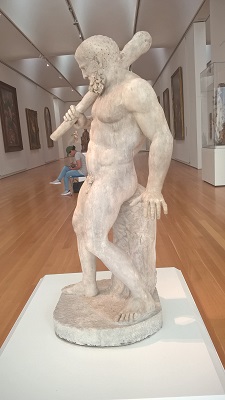 The beautiful maiden seemed to want to appear in a romantic and delicate close-up. Her silky headband is a smooth counterpoint to the elegant hairstyle and serene face.

I used crop, glow, tuning, Orton-ish, and increased saturation to highlight her loveliness. 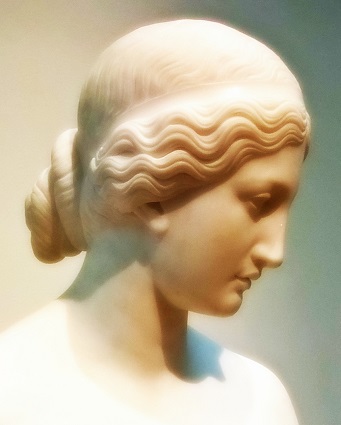 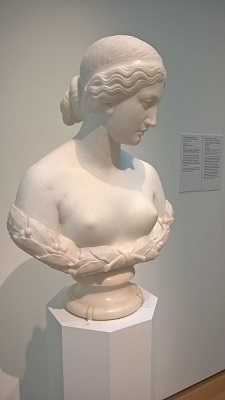 Every time I walk by the statue below, I can barely resist slapping her buttocks because they are just so realistic and soft-looking. I swear she is tired of people staring at her ass, and crying out for some color and texture to modernize her look.

I experimented quite a bit with this photo and ended up using auto-contrast, posterize, graduated tint, tuning, crop, saturation, HDR-ish and border. 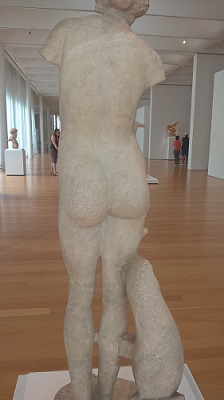