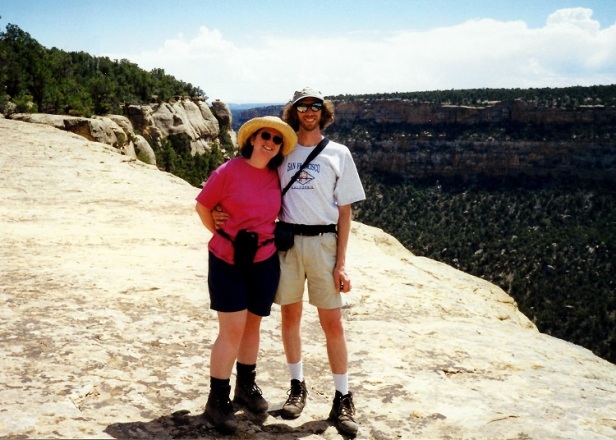 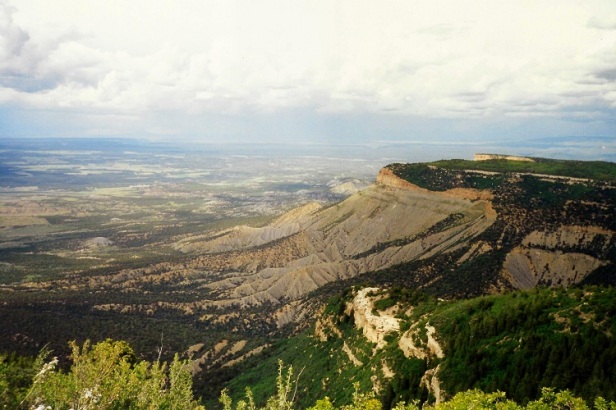 This was the trip where two Easterners learned the meaning of wide open spaces.

It’s true that we had driven through flat Kansas where we could see for miles, but it wasn’t dramatic and ever-changing like the scenery between Denver and the Grand Canyon. Practically every road was a scenic highway.

To start our trip, we headed south and then west through the Sangre de Cristo Mountains. I remember lots of heart stopping highway curves, then sudden summits with gorgeous views.

We briefly stopped at Great Sand Dunes National Park, but for some reason I don’t have any pictures of it. I do remember the dunes with snow-capped mountains behind them appearing larger and larger as we got closer. Actually getting out and walking around the dunes was surreal since they seem impossible even when you know how they formed.

The area not only has mountain peaks, but it also has mesas that allow views for miles.

This driving trip and photos are from 1999. I divided the trip into three blog entries: Sangre de Cristo Mountains, Mesa Verde and Grand Canyon. Attractive photos make better memories, so after I scanned the photos into my computer, I cropped and fixed the contrast and colors with Picasa.

I don’t know exactly where any of the photos were taken in the Sangre de Cristos, including the first photo, but that photo is one of my favorite photos of my lost youth.